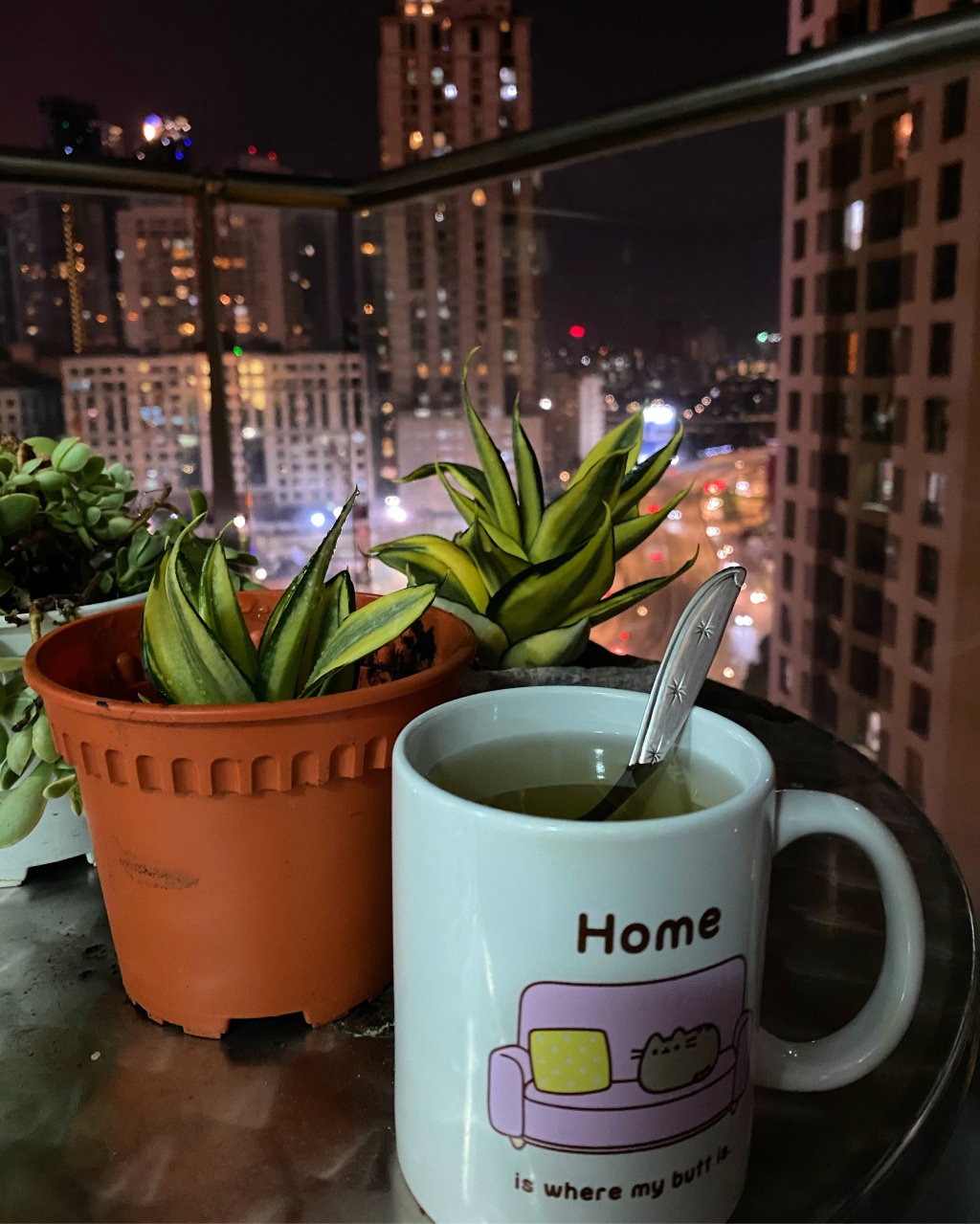 A couple of weeks ago, we had painting job on our building exterior — and the workers asked us to protect the plants on the balcony so it won’t get paint splatters on it as they worked.

Since most of the plants are the resilient ones, they were put under the balcony table and protected by plastic.

While the bigger ones — bayleaf plant and lime plant — had to go inside the house. As for the chili plant, uh, it… passed away (I don’t have the heart to mention a death, okay.)

It has been pretty warm and humid recently in Malaysia — tropical rain (monsoon?) arrived every afternoon, and as Malaysia as can be, the aftermath of the storm usually a 80-90% humidity. As you open the window or the balcony door, a stifling heat and humidity covered your cheek as you tried to find a glimpse of cool breeze (no, there isn’t any) along with Kuala Lumpur’s usual traffic sounds.

And it seems the lime plant has been enjoying it very much.

“Happy” would be an understatement. Knowing my track records with plants, to see something actually growing other than leaves and, possibly!, multiplying or having offsprings is exciting. Look, ma! I grow something other than human beings and it won’t yell if their iPad time has up!

The painting job has finished and I have put the plants back to their place. Thus, came the second task: Re-potting.

Some of the plants have been too big or too many so I decided to propagate them and put them on the bigger pots.

I had to change the pot on the right in such short time as I found I didn’t mix the soil properly, causing a bit of puddle when I watered the plant.

I also changing the watering time for the plants. I found many of them becoming really leggy with less leaves. I found that it’s due to lack of water. At first, I was confused since watering them once every 1-2 weeks is the “proper way” to do that. However, I found that it’s the proper way for indoor plants since they are, well, indoor. Since my plants are, uh, outdoor? Technically? So they have ample of external factors such as wind, air, and sunlight. I now watering and misting them pretty often.

I’m keeping an eye on my pothos plants. Their growth has been stunted for the past one year; from what I read on the Internet, it seems the cause is lack of water too. I’ve been increasing the watering frequency too, so lets hope they will grow fast.